Exploration remains at the heart of Sandfire’s long-term Growth strategy.

Sandfire Resources holds a significant landholding that extends over most of the central and western portions of the Kalahari Copper Belt in Botswana and Namibia.

The Kalahari Copper Belt is one of the world’s most exciting emerging copper producing regions, hosting both Sandfire’s Motheo Project and Khoemacau Copper Mining’s Zone 5 underground mine. Sandfire’s Kalahari landholding is prospective for sedimentary-style copper deposits and includes several high-priority targets located in close proximity to the advanced Motheo Copper Project, as well as regional targets with confirmed copper mineralisation.

A comprehensive exploration program across all project areas is currently underway as part of a major new district-scale program. This includes drilling within the 1,000km2 Motheo Expansion Exploration Project area targeting additional ore sources for the planned Motheo Production Hub. Drilling priorities include the T4-T23 area, ~80km west of the Motheo Hub, and at the T5, T14 and T45 targets, ~60km north of the Motheo Hub, as well as the deeper NPF Contact.

The significant potential of the Kalahari Copper Belt is evidenced by Khoemacau Copper Mining’s world-class Khoemacau Project, located east of the Motheo Project, which delivered first copper concentrate production in June 2021 with an initial targeted production rate of +60ktpa copper and +2Mozpa silver.

Sandfire’s licences west of the Khoemacau Project cover the central portion of the Kalahari Copper Belt and include many structural domes and anticlines interpreted to start at shallow depth below an extensive near-surface calcrete layer.

The geological sequence and favourable structures which host copper mineralisation on the Khoemacau licences are interpreted to continue for more than 150km onto the Sandfire licences where they appear to be largely intact and are mostly untested. As a result, numerous priority targets have been identified for drilling by Sandfire.

Visit our ASX Announcements page for updates on our exploration projects. 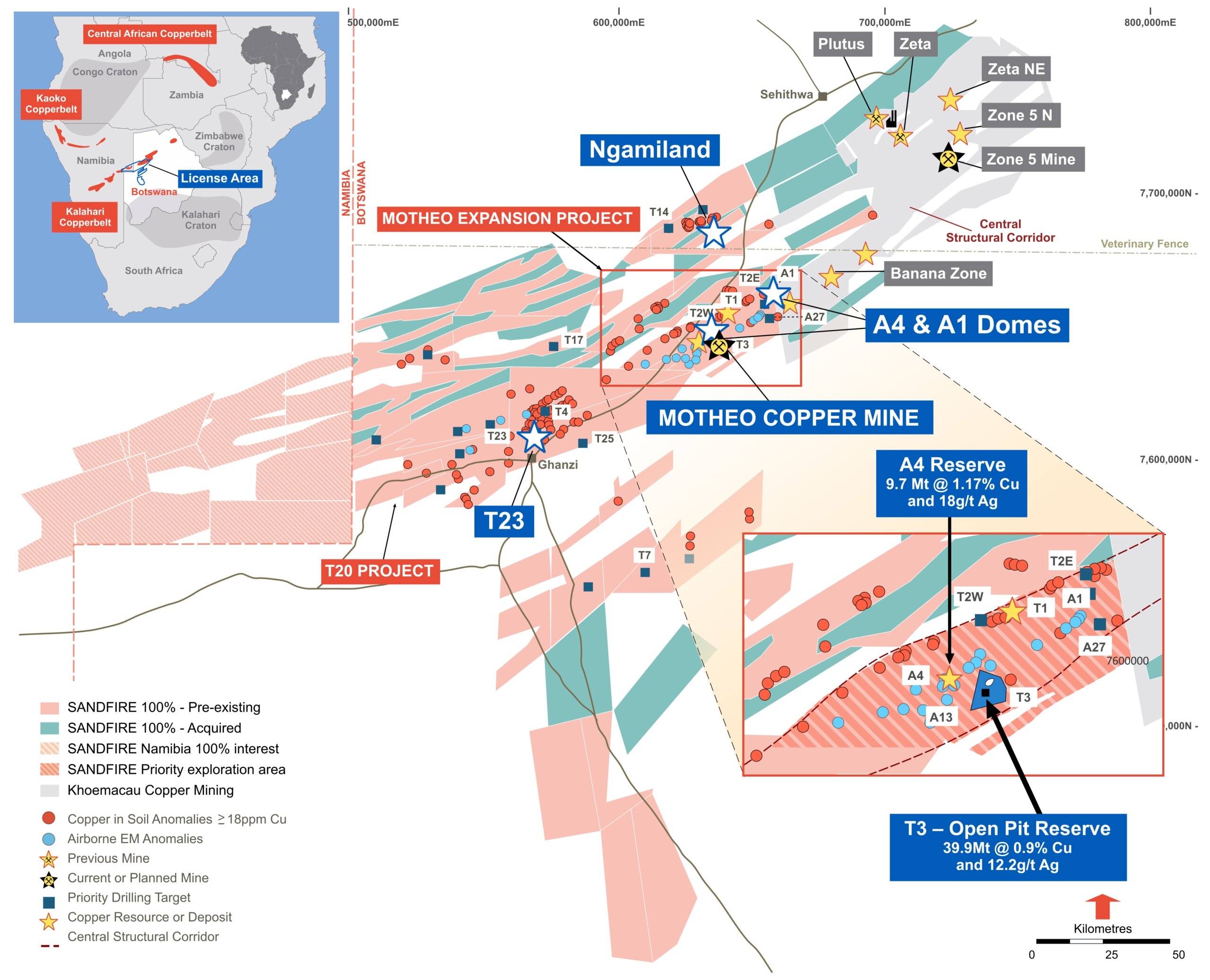 A global miner poised for a new era of growth