The Motheo Copper Mine represents the foundation for Sandfire’s long-term growth plans in Botswana and is expected to generate approximately 1,500 jobs during construction and 600 full-time jobs during operations 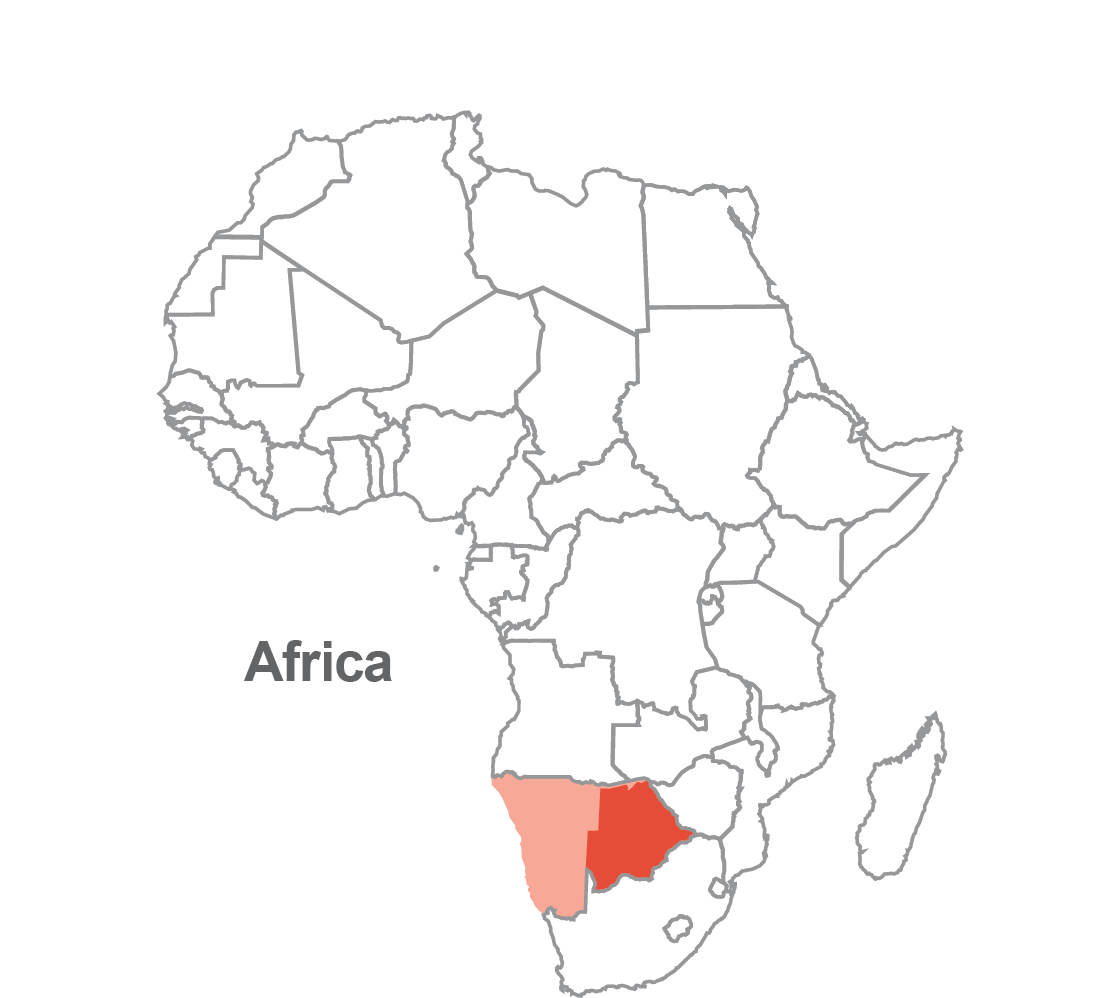 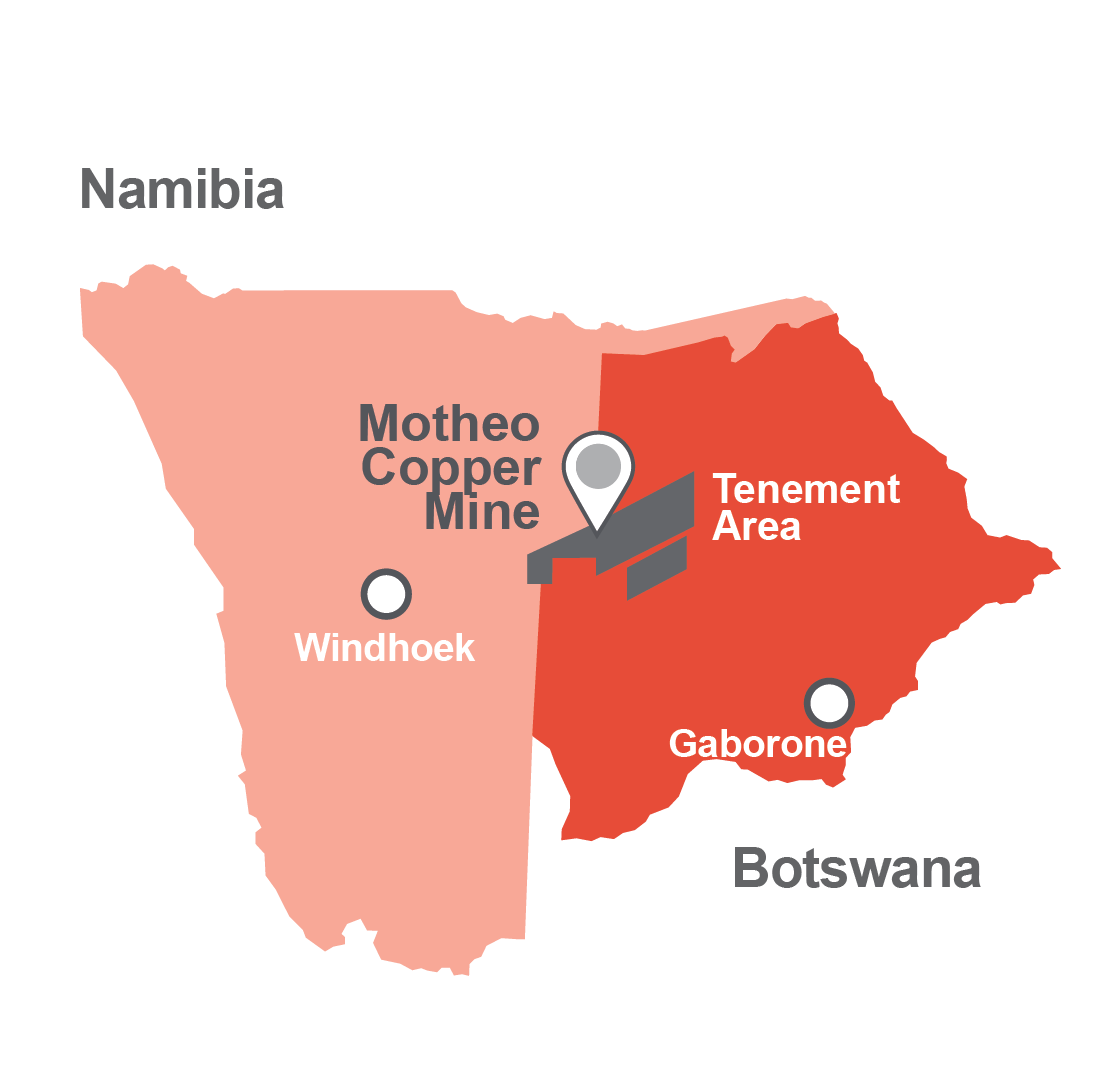 Our vision is that Motheo will form the centre of a new, long-life copper production hub in the central portion of the Kalahari Copper Belt, where we hold an extensive ground holding spanning Botswana and Namibia.

Botswana is a safe, democratic, politically stable and mining-friendly jurisdiction with a supportive government. The nation has a skilled workforce, good infrastructure and sound mining legislation and environmental controls. There is strong local support for development of the Motheo Copper Mine, with the project able to leverage off extensive local infrastructure and support.

Sandfire’s Board approved the commercial development of the Motheo Copper Mine in December 2020. The final investment decision was based on the positive results of a Definitive Feasibility Study (DFS) that outlined an initial 12.5-year operation on an initial Base Case 3.2Mtpa processing capacity and open pit development of the T3 Deposit.

Full details of the DFS can be found in Sandfire’s ASX announcement, dated 1 December 2020, titled ‘Sandfire Approves Development of new Long-life Copper Mine’.

Reflecting its confidence in the future long-term growth of the project, Sandfire’s Board also approved an additional upfront capital investment to be made as part of the 3.2Mtpa Base Case development.

This will facilitate the installation of additional processing capacity and infrastructure (including larger front-end crushing capacity, additional flotation and thickening capacity and an expanded accommodation facility), providing a clear pathway to rapidly expand the processing facility to a planned 5.2Mtpa production rate for the Motheo Production Hub to accommodate other ore sources.

The immediate and most advanced expansion opportunity for the expanded 5.2Mtpa Motheo Production Hub is the A4 Deposit, located 8km west from T3, for which Sandfire has announced an Indicated and Inferred Mineral Resource Estimate and Ore Reserve.

Supporting the estimation and reporting of the A4 Ore Reserve, Sandfire has completed an internal pre-feasibility study (PFS) for the expansion of the Motheo Processing Plant. The PFS has confirmed the strong business case for development of the A4 Deposit as part of an expanded 5.2Mtpa Motheo Production Hub strategy. In completing the Expansion Case PFS Sandfire has been able to leverage the work completed for the T3 DFS.

The A4 PFS outlines the first additional satellite deposit to the Motheo Copper Mine, expanding plant production from 3.2Mtpa to 5.2Mtpa over its five-year mine life.

Based on the strong economics of the PFS, Sandfire has progressed directly to a DFS for the integration of the A4 Deposit as a source of satellite ore feed for the Motheo Mining Hub. The DFS is expected to be completed in the first half of FY2023.

For more details on the A4 PFS and the combined T3 and A4 operations, refer to the Company’s ASX Announcement, dated 22 September 2021, titled , ‘A4 Ore Reserve and Motheo Expansion PFS‘.

To see the exciting progress being made on the development and construction of the Motheo Copper Mine, refer to our Pictorial Updates.

Sandfire is committed to providing positive contributions to the communities where we operate. Our team in Botswana regularly hosts a local Beekeeping Capacity Building Initiative, which sees primary school children being given the practical experience in how to inspect and harvest beehives in a safe environment.

This program is aimed at providing children with the necessary skills to explore and enable their own projects into the future.

A global miner poised for a new era of growth